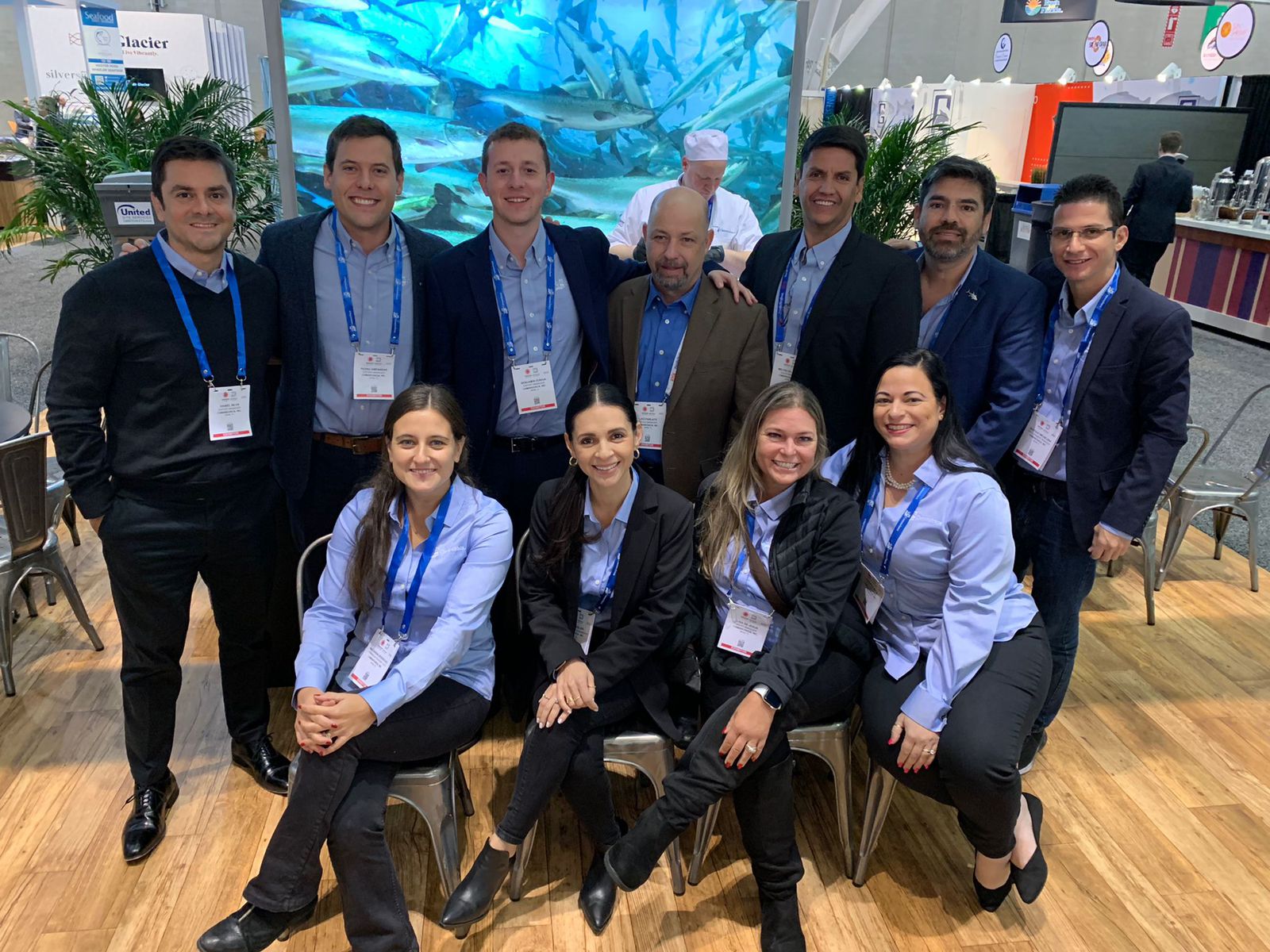 The Chilean company is strengthening its Pier33 brand, by incorporating new products and recruiting teams to raise its profile.

The Chilean fishing and salmon company Camanchaca has had a commercial office in Miami for more than 20 years, but is determined to significantly grow its Pier 33 brand among its US consumers, so has recently given it an additional boost.

Juan Carlos Ferrer, Camanchaca’s Corporate Business Manager, basically oversees the company’s entire commercial strategy, and he moved to the United States about a year ago, where he manages relations with customers, who are mainly retail chains and restaurants. He reports that half of the company’s sales are to the USA.

Although salmon is the main product in their sales mix by price and volume, they also sell other seafood products such as mussels, shrimps and now abalone. Some are produced in-house and others are produced by third parties, such as the Argentine red shrimp.

Mr Ferrer was in Boston a few days ago, where he participated in the Seafood Expo North America, which is the principal industry fair worldwide. Here he took the opportunity to announce some of these plans, which included a series of product launches, while making contact with the rest of the industry.

He said that they aim to strengthen their product range, in order to supply everything related to seafood to supermarkets and restaurants. Their greatest demand emanates from the East Coast of North America.

Frozen and added value products are marketed abroad using the Camanchaca Gourmet brand in Mexico, and the Pier 33 brand in the USA. Accordingly, Mr Ferrer reports that they have recently recruited a new corporate marketing director.

The expert in this discipline, Richard Alvarez, has now joined its Miami offices, where they already employ almost 30 professionals. He has enjoyed a long career in retail-related businesses, such as Global Marketing Director at Keurig Dr Pepper, known for its beverage brands.

“He’s going to drive our entire strategy, but we want to refine it,” Mr Ferrer said, adding that branding is now a significant differentiator among seafood products, as in other industries.

The company’s strategy to reach consumers includes working for some time now with the last-mile grocery firm Instacart in the USA.

A market that does not recede

Although sales in 2020 suffered from the pandemic, with thousands of restaurants restricted from opening in its target markets, Mr Ferrer explained that markets recovered quickly and that 2021 was a very good year.

Despite new COVID-19 variants and the war between Russia and Ukraine, the sales outlook for 2022 remains positive, because of increasing volumes and prices.

The US market is very important to the company, and even though many other markets also closed, the company had the advantage of being very confident that demand would recover, which it expects to continue.

March 2022: The fishing and salmon farming company Camanchaca opens up its Mexican and US markets from Miami

February 2022: SalmonesCamanchaca is the only company in the industry to be certified as an Authorized Economic Operator